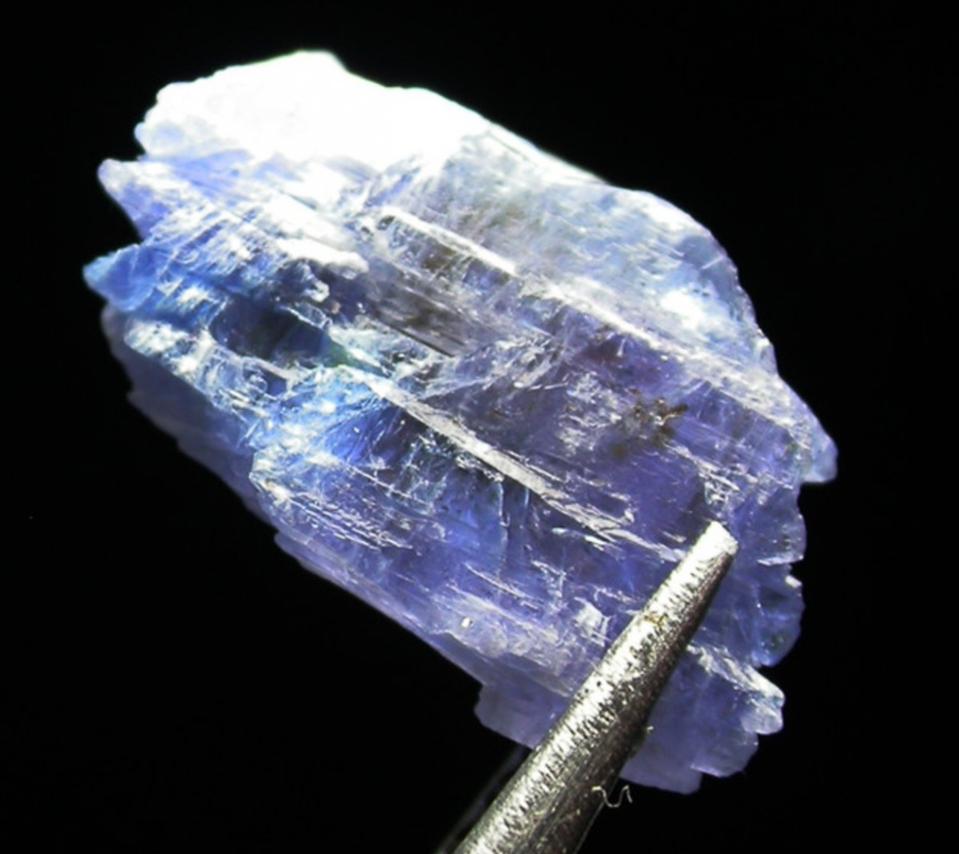 Jeremejevite (Al6B5O15(F,OH)3)  is an aluminum bearing borate mineral with associated fluoride and hydroxide. It was first found in the Adun-Chilon Mountains in Siberia in 1883. This gem has a similar hardness as quartz, 6.5 to 7.5 on the Mohs scale, and therefore is ideal for jewelry making. 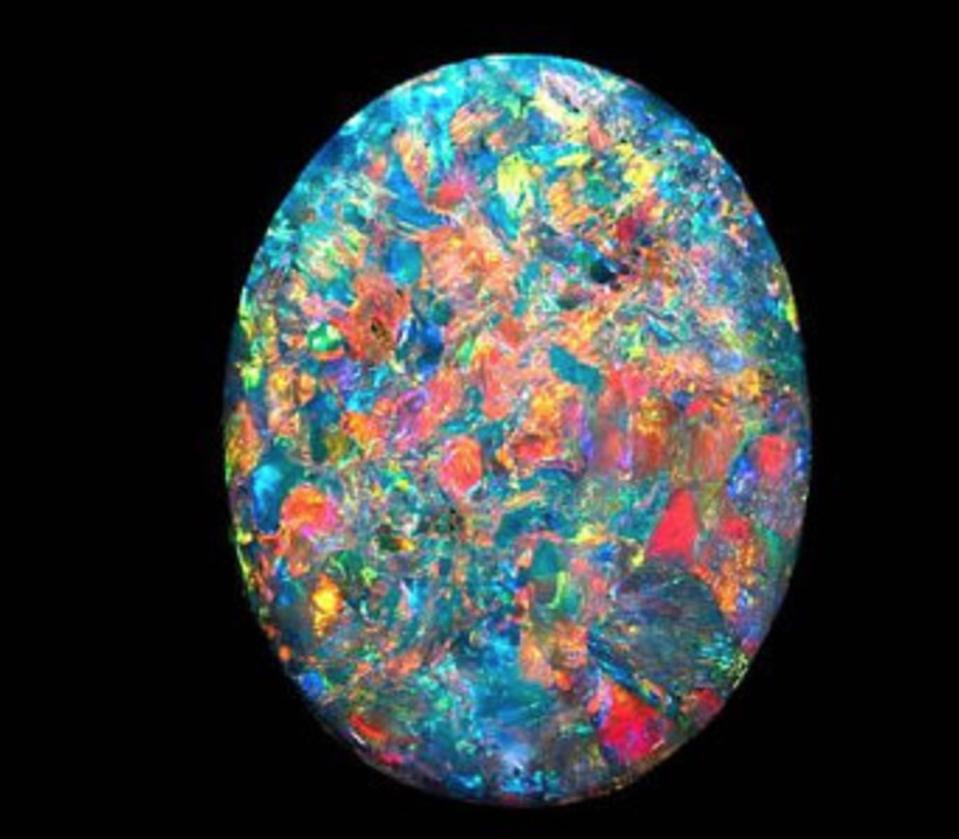 Fire Opal (SiO2·nH2O) is actually not technically a mineral but instead is a mineraloid. The reason being opal does not have a crystal structure that is required for all minerals. As noted in the chemical formula, opal is a hydrated form of silica or silicon dioxide. Opals can form in a variety of different colors depending on the environmental conditions during formation. The mineralogy of opal allows it to diffract light, causing it to shimmer various colors. 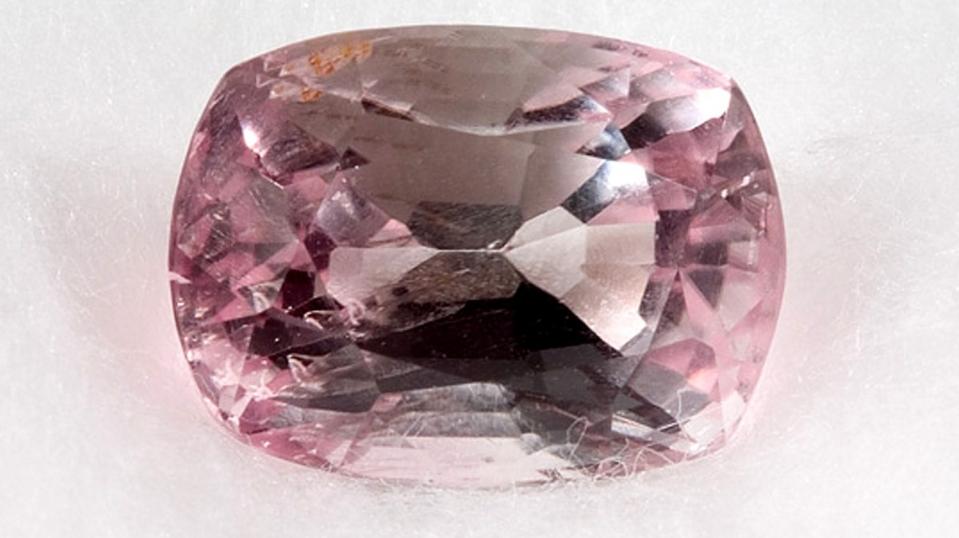 Poudretteite (KNa2B3Si12O30) was originally discovered in Mont St. Hilaire Quebec, Canada in the 1960s by the Poudrette family. The gem is naturally pink in color and has a Mohs hardness of 5. It wasn’t until 2000 until the first gem quality poudretteite was found in Mogok, Burma at an amazing 9.41 carats (pictured above). 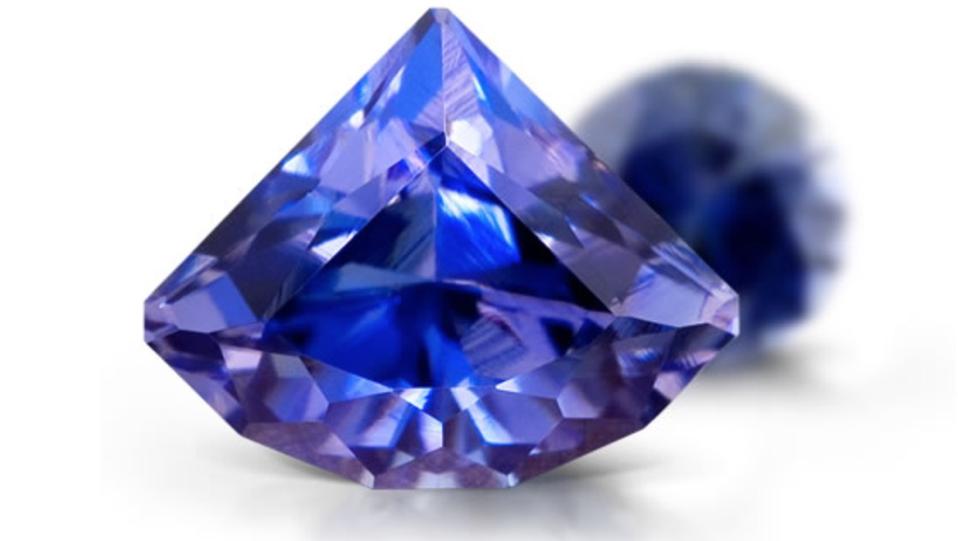 Benitoite (BaTiSi3O9) is a bright blue gemstone made up of barium, titanium, and silica. Benitoite is formed during the late stage cooling of a hydrothermally altered serpentinite. This rare gemstone is found in San Benito County, California where it got its name. Benitoite will give off strong fluorescence and shines a bright blue color. 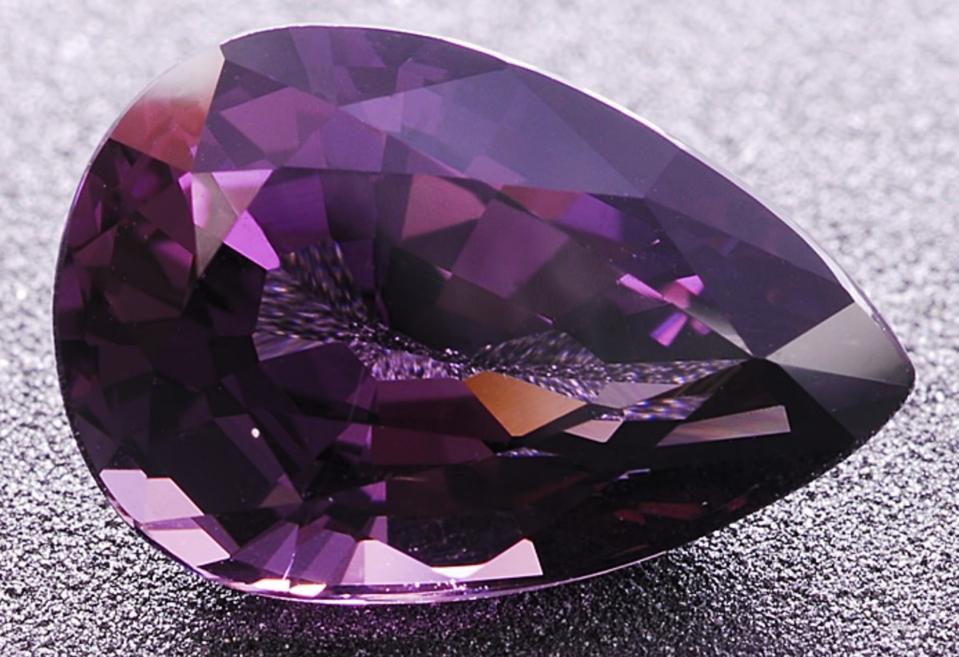 Musgravite (Be(Mg, Fe, Zn)2Al6O12) was originally discovered in 1967 in Musgrave Ranges, Australia. This very rare and hard gemstone is in the same family as taafeite that appears later in this article. As noted in the elemental composition, Musgravite is an aluminum oxide with variable proportions of magnesium, iron, and zinc. 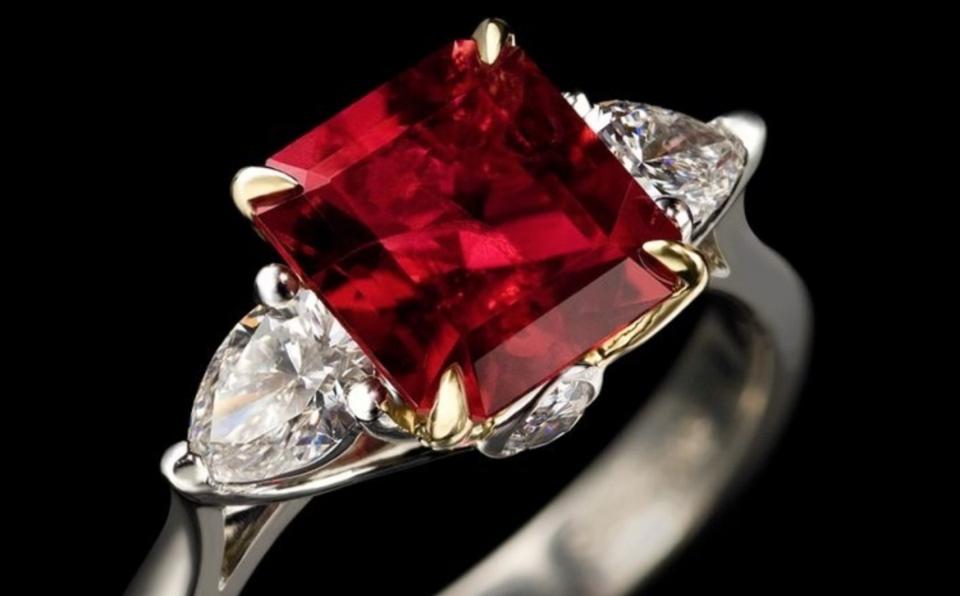 Red Beryl (Be3Al2Si6O18) is a mineral composed of beryllium, aluminum, and silicate. In nature, pure beryl is colorless but acquires it’s coloration from trace amounts of additional elements. Red Beryl is found in mineralized rhyolite tuffs in Thomas Range, Utah. This gem can garner up to $10,000 per carat and are rarely found above 2-3 carats. 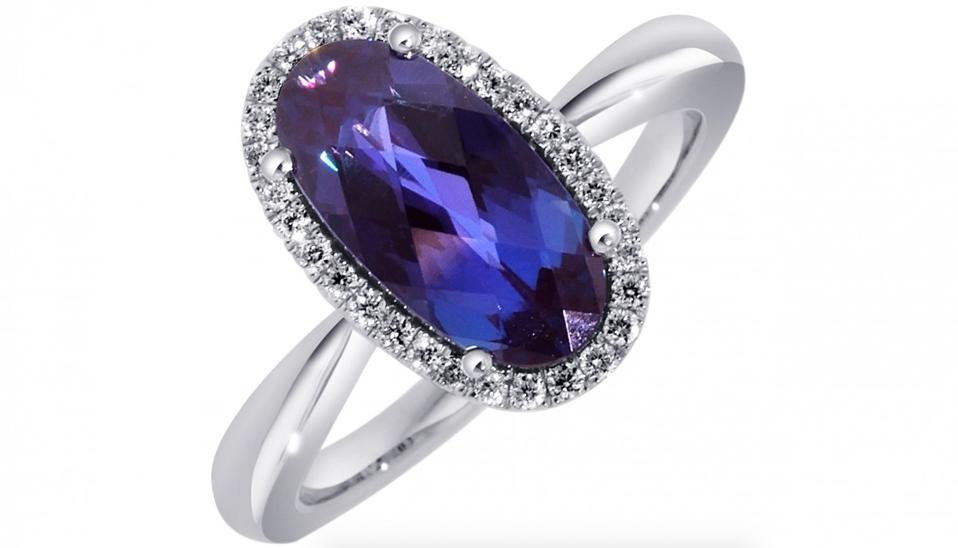 Alexandrite (BeAl2O4) is a type of chrysoberyl that was found in the Ural Mountains, Russia in the 1830’s. You may have seen the incredible changing color of this mineral where it appears to be emerald in light and ruby red in darkness. The difference between alexandrite and chrysoberyl is the presence of iron, titanium, and chromium as impurities within alexandrite. 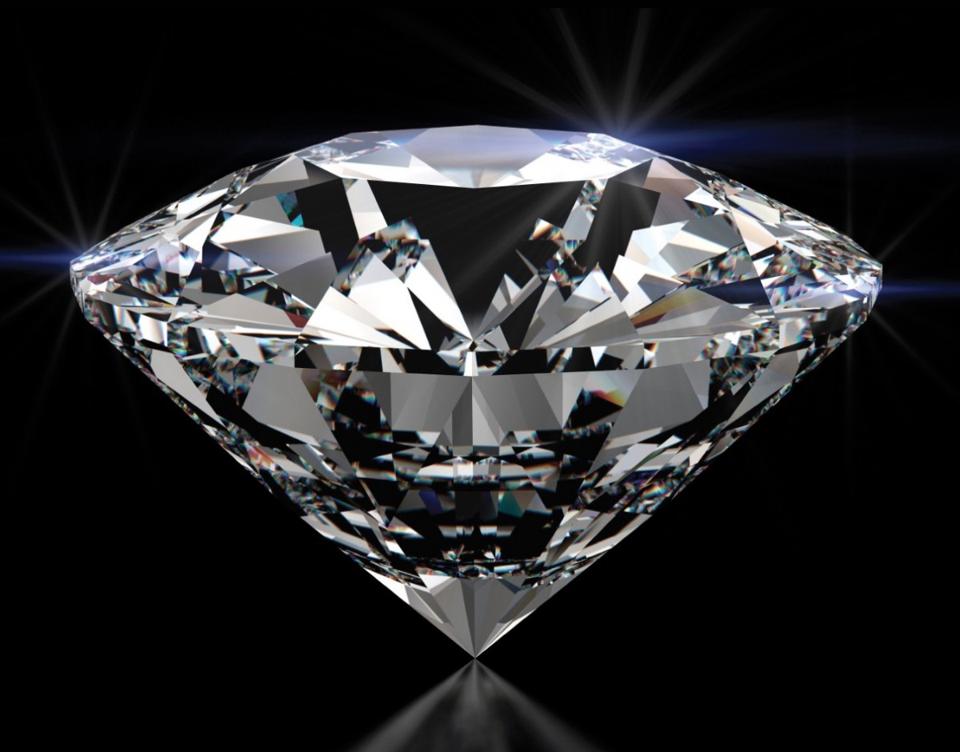 Diamond (C) is one we’ve all heard of and is the centerpiece of most engagement rings. As noted in the chemical composition, diamonds are pure carbon arranged in a diamond lattice, which accounts for it’s incredible strength and durability. Diamonds are found in cooled kimberlites that formed over the course of 1 to 3 billion years. 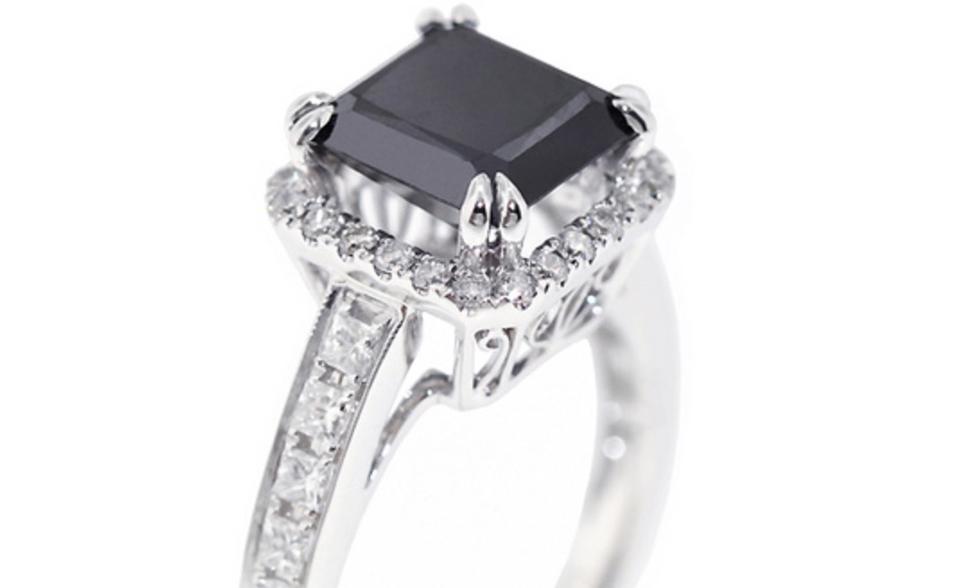 Serendibite ((Ca,Na)2(Mg,Fe2+)3(Al,Fe3+)3[O2|(Si,Al,B)6O18]) is an extremely rare gemstone and mineral discovered originally in Sri Lanka in 1902. This inosilicate has a complex chemical formula with many side branches of calcium, boron, aluminum, magnesium, etc. Serendibite was recently discovered in the Mogok area of Myanmar. 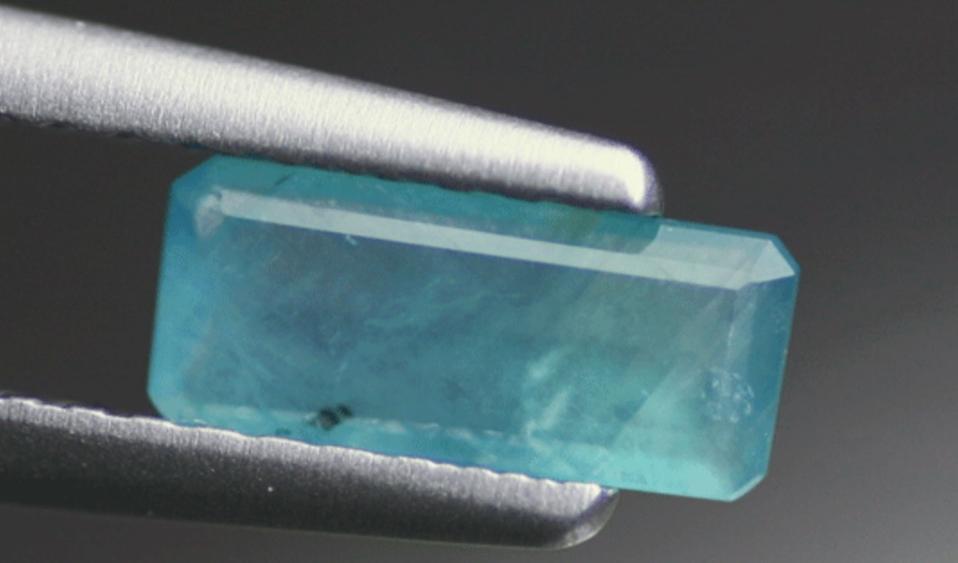 Grandidierite ((Mg,Fe2+)Al3(BO3)(SiO4)O2) is a very rare gem that can fetch up to $20,000 per carat and was first discovered in Madagascar in 1902. It is commonly found as an accessory mineral on aluminous boron rich rocks with a pearly semitransparent bluish green hue. 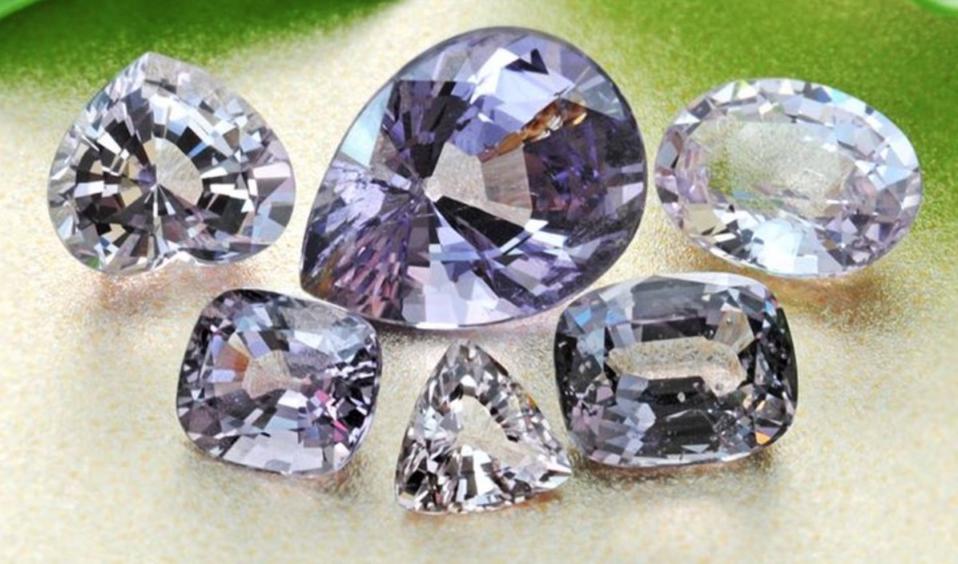 Taafeite (BeMgAl4O8) is a very rare mineral and often misidentified as spinel. Surprisingly, the gemstone was first discovered already cut and polished in Dublin, Ireland in 1945. At the time the gemstone was mislabelled as spinel and upon further inspection, it was determined that the mineral was actually a new unidentified gem. The primary difference between spinel and taafeite is the double refraction found in the later. The gem is found in alluvial deposits within Sri Lanka and Tanzania.

Above we featured the diamond as one of the most expensive gemstones, and coming in at number 1 with a price tag of over $1 million per carat is the red diamond. There are less than 30 red diamonds found around the world, with most of them being less than half a carat. You may assume that the red color comes from an impurity, but it is actually derived from plastic deformation of the crystal lattice. The famous 5.11ct Moussaieff Red Diamond was acquired in 2011 for $8 million and is the largest red diamond discovered in the world.